If the business plan sounds the same, it is. Dov Charney is more determined than ever to make his second stab at apparel manufacturing more successful than the first.

Charney, who was fired at the end of 2014 from his American Apparel clothing company, is still stinging by the ouster and the loss of the company he founded. But he is determined to move forward and prove that you can manufacture clothing in Los Angeles, pay a fair wage and make money.

“We are going to take over and be an important force in the apparel industry,” he said, speaking Feb. 2 at a creative services and artist-oriented event organized by Le Book at the Pacific Design Center in West Hollywood, Calif.

On an outdoor patio with a clear view of the three colorful buildings that make up the Pacific Design Center, a crowd of more than 100 people showed up to hear Charney talk about branding, creativity and Los Angeles. His rambling style and self-deprecating manner kept the group laughing as he talked about free trade and bringing in more immigrants into the United States to tossing resumes in the garbage can when hiring people.

In his new venture, called Los Angeles Apparel, Charney said he isn’t doing anything differently than when he started American Apparel in Los Angeles in the late 1990s. “I am not planning to do anything differently. I am going to do what I have always done, which is run the show off the seat of my pants,” he said with a laugh. “I go by inspiration. I am an artist. … I know how to make it happen.”

Since being pushed out of American Apparel more than two years ago, Charney unsuccessfully tried to get the company back by purchasing it for millions of dollars from the very same executives who showed him the door. But in the end, after two bankruptcies, the company, with hundreds of retail stores around the world and the largest clothing factory in the United States, has closed with nearly 3,400 workers losing their jobs.

Gildan Activewear, based in Charney’s hometown of Montreal, is purchasing American Apparel’s brand name and other goods for $88 million. “I can’t believe someone spent $100 million for a brand that I shot out of my ass in a high school dorm room,” Charney said. “But I will do it again with my own brand.”

Charney said he has a 100,000-square-foot facility in South Central Los Angeles, where 75 to 100 sewing workers are making blank T-shirts that are wholesaling to other businesses under the Los Angeles Apparel name. His goal is eventually to hire as many as 1,000 workers to pick up where he left off.

Financing, he said, comes from asset-based loans secured by orders. If he has learned anything, it is to make sure you have more control over your company and not to do business in Brazil, which has tough apparel import regulations. “I am not going to open a store in Brazil,” he joked. “That was torture. You can’t even get the clothes into Brazil.”

He also believes there is a certain independence about Los Angeles. “The government isn’t even controlling the urban planning here. Go to Gardena or Compton, where people are building houses without permits,” he observed. “This is a First World country and a Third World country at the same time.”

The area’s proximity to Asia, he noted, is a boon to those trying to do business there and that the city has one of the best trade hubs in the United States. He remembered when one of his stores in Asia was out of stock, he was able to put a load of merchandise on an airplane on a Saturday and have it in the store by Monday night.

Another one of Los Angeles’ assets is its multiethnic community and the various languages spoken. He points to the ever-changing Korea town and areas such as Boyle Heights and East Los Angeles where creativity and art are still alive. “I think we should open up immigration even more and make it more crazy. Who wants to be in a country with people whose ancestors came over here five generations ago?”

Charney’s broad-ranging talk was reminiscent of his favorite buzzword: chaos. “I think chaos is an amazing thing. I think people underestimate its strength. American Apparel was about starting from scratch,” he said. “We were on ‘Gilligan’s Island.’ … We broke a lot of rules and it worked.”

He will continue to break the rules, he said, hoping to incorporate machinery that will make his new factory more efficient and profitable. “I am here,” he said, “to change the world one T-shirt at a time.” 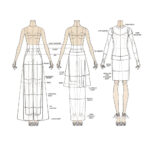 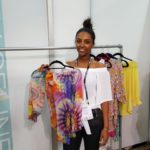 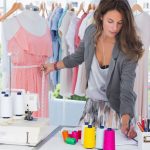